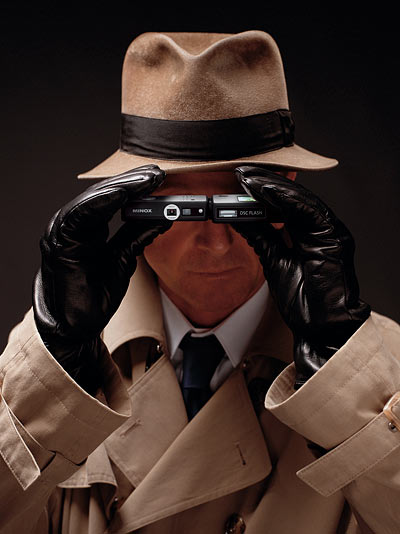 Just think of all the digital surveillance equipment that we can use these days. Seems as if there's something for everyone and every purpose. From hidden cameras, gps trackers, nanny cams, listening devices, pinhole cameras, and more, there's no end to all of the devices anyone can purchase.

Can you imagine if some of the world's famous spymasters had some of these things? How it could have changed the course of history, or perhaps led to very different outcomes? People like:

George Washington.Everyone knows he was the first president of the USA, but many do not know that in 1778 he organized a spy ring known as The Culpeper Ring. This spy ring operated mainly in New York City, Long Island and Connecticut, and spied on the British.

Markus Wolf. For 34 years this man was head of the foreign intelligence division in East Germany. This unit was known as the Stasi. For most of his career, Wolf was known as 'the man without a face' because he was so good at eluding detection. Many intelligence experts regard him as the greatest spymaster of all time.

Mata Hari.Not to leave the ladies out, this 'lady of the evening' played information games with high-powered politicians during World War I. Posing as an exotic princess, she once admitted to British intelligence that she was a spy for the French. She was eventually tried for espionage and in 1917 she was executed by firing squad at the age of 41.

William Stephenson. He was a Canadian soldier, businessman, inventor, and spymaster. He is best known for his code name of Intrepid. Many people believe he is one of the true life inspirations for Ian Fleming's James Bond. Being that he was senior representative for British Intelligence in the entire western hemisphere during World War II, it could very well be.